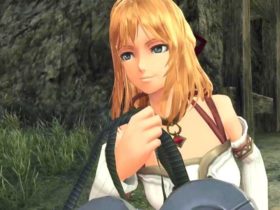 Xenoblade Chronicles Definitive Edition Gets Rated in Korea for Switch

Good news for Xbox players: thanks to a small note, we have discovered that Assassin’s Creed Valhalla will be a Smart Delivery title on the Microsoft consoles. This means that you just have to buy the game once and play it on either Xbox One or Xbox Series X when both the console and that version of the game are available.

The Amazon UK site has just confirmed that Assassin’s Creed Valhalla will be part of Microsoft’s new feature, called Smart Delivery, which allows you to enjoy the title on both the consoles of Microsoft by making a single purchase.

This is not about backwards compatibility, but about owning two different game versions for the price of one: taking a practical example, if you don’t want to shift immediately to the next-gen, you can buy the game on Xbox One and, when you have an Xbox Series X in the future, the next-gen version of Assassin’s Creed Valhalla will be there waiting for you, with all your save data intact.

Also, note that a Microsoft event is also scheduled to take place next week that promises to bring a first impression of the gameplay trailer of AC Valhalla.