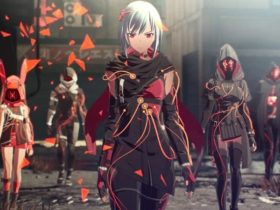 PS5 Games Finally Begins To Appear on Amazon for Pre-Order

A developer was threatened with death by a PlayStation fan for praising the Xbox Series X, calling it “quite staggering” compared to the power of PS5. This is Chris Grannell, an ex-Sony Game Designer, who had simply reported the threat from his official Twitter account.

In the previous week, Grannell had talked about a staggering difference in power between the PS5 and the Xbox Series X, but with this, he did not exclude that excellent games could be made on the Sony console. Yesterday, however, he received a message that makes it clear the intelligence of certain people and their degree of mental frustration for the console war.

A certain Aaron Green (fake name) wrote to him the following: “Chris Grannell, you are a fu*cking c*nt. I hope you are rap*d and your throat slashed! Nintendo will destroy the next sh*tbox, and it’s just an “old” console, imao. KYS(Kill Yourself).”

Well, just when I thought everything had calmed down I woke up to this clever little fanboys message submitted through my website all because I had an opinion on something. The world is insane it really is. pic.twitter.com/GP5IiK4RZ2

The reference to Nintendo is somewhat misleading, because the goal is obviously the clash between the two next-gen consoles of Sony and Microsoft. Chris Grannell further investigated the IP Address and found out that the fan was based in Ottawa, Ontario, Canada who was “using a Windows PC” for whom he also commented in a sarcastic way that “I normally get on very well with Canadians.”

Well, I’ve now looked at said idiots IP address and they seem to be based in Ottawa, Ontario, Canada. I normally get on very well with Canadians. 🤷🏻‍♂️

And ironically they were using a Windows PC to send it 😶

In any case, the current moment revolves around discussions about the performance and attributes of the PS5 and XSX. After Sony unveiled the technical specifications for the upcoming PlayStation 5, the audience engaged in a promising debate over the capabilities of both consoles.

Although we can be sure that both consoles will guarantee very high performances, however, we always pay a lot of attention to the benchmark values ​​and the hard and pure numbers. Often something that is more muscular on paper than in practice behaves worse, but for fans it matters little. All that now remains is to wait for the official presentations.