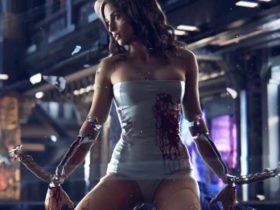 A well-known leaker has already confirmed the memory capacities of powerful next-generation NVIDIA GeForce RTX 30 Ampere graphics card. The graphics cards are supposed to be in 24 GB, 20 GB and 10 GB variants.

As we know from the recent countdown of Nvidia, it is now about a month before the Californian company reveals its new video cards to the world, including the highly anticipated RTX 3080 Ti and RTX 3080. These cards could be the flagship models with the GA102 GPUs, built with Ampere architecture.

In addition, there have been mentions of two other graphics card models that should replace the RTX 2070 Super called PG 142-0 and PG142-10. The first will have 16GB of VRAM while the second will have 8GB VRAM.

Finally, the presence of a mid-range GPU called PG190-10, which is possibly the RTX 3060 which will replace the RTX 2060 Super, also seems to be confirmed.

In addition to this, the alleged release dates for these graphics cards were also revealed. The first to be marketed could be the 20GB PG132-20, expected in the first half of September. Right after that, the 10GB PG132-30 should follow in mid-September.