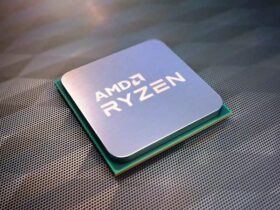 AMD Talks about Ryzen 5000 Series CPU Shortage; Says It was Not A “Paper Launch”

The first tests of the AMD Radeon RX 6800 XT in Multi-GPU show interesting results, sometimes worse than a single card, and others well beyond the RTX 3090.

In recent years, AMD and NVIDIA have slowly killed off their technologies for using multiple graphics cards at the same time, Crossfire and SLI respectively. In the case of Ampere cards, in fact, now only the RTX 3090 has support for NVLink.

The TweakTown test however wanted to test the Multi-GPU performance of the new AMD Radeon RX 6800 XT, using a custom graphics card and a reference, in some of the few games that support it, and the results are very interesting.

To demonstrate the lack of support for Multi-GPU technology, the test results are completely inconsistent. In fact, in some games, the performance of two RX 6800 XT graphics cards is much higher than that of an RTX 3090 (whose cost is still higher than the combined cost of the two AMD cards), while in others they are even lower than that of a single RX 6800 XT.

The tests were performed in 1080p, 1440p, and 2160p (where the use of multiple graphics cards obviously makes more sense), and in the following games: Sniper Elite 4, Strange Brigade, Rise of the Tomb Raider, and Deus Ex Mankind Divided. Here are the percentage performance improvements of two Radeon RX 6800 XT compared to a single RX 6800 XT:

In the images below you can finally find the comparison with other graphics cards that shows the worst result, and the one with the best result. 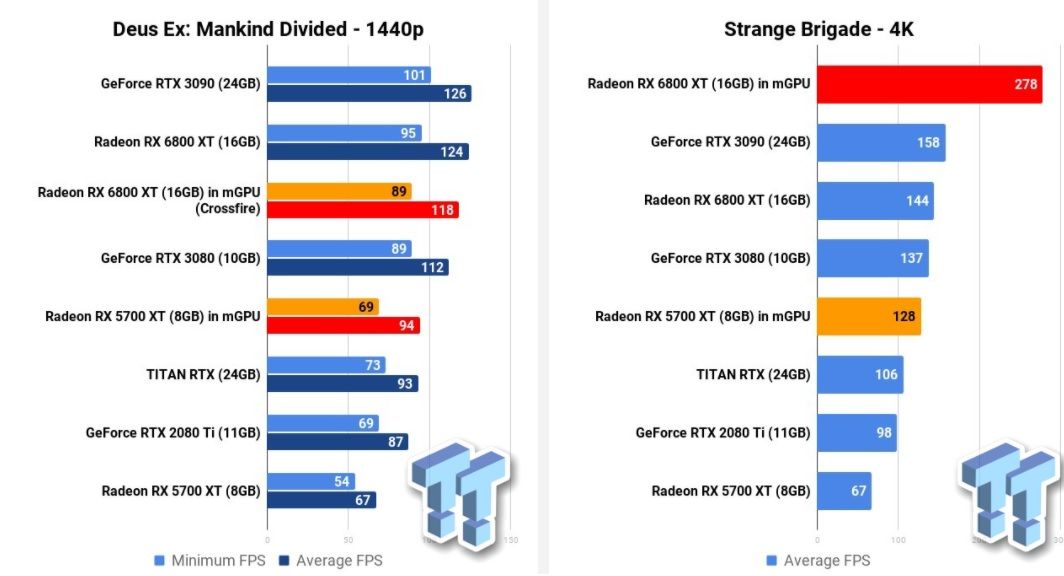