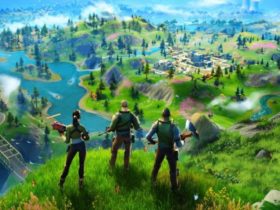 Psychologist Counters Fortnite Addiction with Zelda: Breath of the Wild

The launch of GeForce RTX 3000 Series graphics cards has created a lot of hype in the desktop PC hardware market, not only because of the impressive specifications declared by NVIDIA, but also and above all because of what the fate and price trends of the current GeForce RTX 20 “Turing” lineups.

Beyond the remarkable technical characteristics, certainly much appreciated by users and professionals, the fact that a GeForce RTX 3070 could have higher performance than a GeForce RTX 2080 Ti (at half the price basically) has not been taken well by those who own a high-end GeForce RTX 2000 Series or who recently upgraded their PC, convinced that they have chosen the best the market could offer.

It is not the first time that we have seen this type of market dynamics, however here the gap between the old and new generation marked by NVIDIA seems too marked and for the company – as well as for the partners – it could become a double-edged sword.

In recent days on the network – as well as on the alternative channels – we have witnessed a real explosion of top of the range GeForce RTX 2000 Series used (RTX 2080, 2080 SUPER, and RTX 2080 Ti), also sold at half the price list. One wonders if this trend could somehow impact on the sales of the new NVIDIA cards, especially considering that, as often happens during the launch phase, the stocks of GeForce RTX 3000 Series could be limited.

In this regard, some NVIDIA partners such as ASUS and Zotac have started to cut the prices of the top-of-the-range GeForce RTX 2000 Series GPUs, which in some cases was dropped by as much as 50% for models like the GeForce RTX 2080 Ti. This pricing policy from Asus and Zotac currently concerns the Asian market, in Europe or the USA we have not seen any particular changes – we are talking about new products sold on reliable channels – but it cannot be excluded that in the coming days there may be news in this sense.

Would you take this opportunity to purchase these graphics cards?