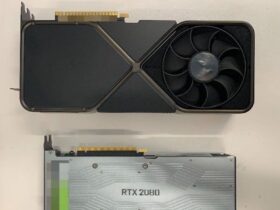 In the past few hours, a page dedicated to the limited edition Xbox wireless controller of Cyberpunk 2077 had appeared on Amazon, which is expected to arrive on May 4, 2020, on the market. The description indicated in particular that its visual was inspired by the character of Johnny Silverhand, to which the actor Keanu Reeves lent his features. But according to new leaks, the partnership between Microsoft and the studio would not stop there: a special edition of the Xbox One X in the colors of Cyberpunk 2077 would also be planned.

Now, a particular teaser from CD Projekt Red and Microsoft may have anticipated the arrival of a themed Xbox One (or Xbox One X) console. Visiting the American Xbox site, in fact, you will find yourself in front of a video that shows relatively little, but several fans have managed to increase the brightness of the image and discover a silhouette placed vertically.

Subsequently, an image of the possible packaging of this console appeared on Reddit: as you can see at the bottom, the platform would be Xbox One X and would have a particularly technological aspect, suitable for the futuristic and cyberpunk design of the game. This Bundle should be the main source of marketing for Microsoft, mainly because it is one of the games that the company has been promoting the most since 2018, thanks to its long-standing partnership with CD Projekt.

On the Xbox website, it is finally revealed to be announced in four days, which is Monday, April 20, the date on which this bundle would be made available. However, many fans were disappointed by its design and this is how they reacted on Twitter for its glorious approach:

Cyberpunk 2077 will release on September 17 on PC, PS4, Xbox One and Google Stadia.