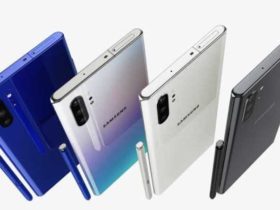 If you follow the manga trends a little bit, you will certainly know that Kimetsu no Yaiba (or Demon Slayer) is causing a real craze, especially in Japan where it stretches sales records to the point of dethroning One Piece. Naturally, the editor of the manga is now interested in other markets, in particular the world of video games which is entitled to multiple adaptations such as the recent The Seven Deadly Sins: Grand Cross. History of surfing the success of the license, two games of Kimetsu no Yaiba were announced, including one on PlayStation 4.

We still know very little detail about the console game, except that a Demon Slayer will release on PlayStation 4 in 2021, and that it is called Kimetsu no Yaiba: Hinokami Chifuutan.

Kimetsu no Yaiba: Hinokami Chifuutan will be released in 2021 (PS4) pic.twitter.com/y3k1fxIh6C

We imagine that this rather distant release will allow the game to retrace the entire manga, unless it is content to adapt the first season of the anime. If we know that the game will be distributed in Japan by Aniplex, the development studio has not been announced. Fans are already hoping that this is the famous secret game of CyberConnect 2, who worked on the recent Dragon Ball Z: Kakarot, but it will be necessary to wait before having more information.

In 2020, fans of Tanjiro’s adventures will be delighted to learn that a mobile game will be released in Japan (and perhaps in Europe), dubbed Kimetsu no Yaiba: Chifuu Kengeki Royale. The game is currently described as a “survival action” and presents an image with our heroes and some demons that you may have seen in the first season.

Mobile Game Visual (LQ). It will be developed by Soleil and distributed by Aniplex. Game is defined as 'Survival Action'. pic.twitter.com/AnnKesooX0

We are now waiting to have more images of these two titles, and especially more information on the game planned for PlayStation 4.