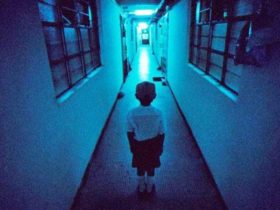 Like any self-respecting action RPG, the latest Dragon Ball video game, Dragon Ball Z Kakarot, also features a secret boss. Here’s who it is and how to deal with it.

The release of Dragon Ball Z Kakarot not only marked the debut of what, at present, represents the most ambitious video game ever associated with the legendary saga of the manga by Akira Toriyama, but also of a rolistic experience that, albeit simplified, it can offer hours and hours of healthy fun to all fans of action RPG. Available on PlayStation 4, Xbox One and PC, the polygonal production of Bandai Namco and CyberConnect2 allows you to follow all the main events of the Dragon Ball Z saga seen between manga and anime, both through the plot and thanks to different secondary missions, useful to deepen the narrative implications of supporting actors and villains.

Being a real adventure, Dragon Ball Z Kakarot is also full of surprises and secrets developed by the Japanese development team. Today we are going to accompany you on how to unlock the secret boss of the game. Of course, by continuing to read you will run into inevitable spoilers, so proceed further on your own will.

The secret boss of Dragon Ball Z Kakarot can only be faced in the more advanced stages of the video game. More specifically, you will have to reach the real endgame after the credits, going to complete the Buu saga. Simultaneously, Trunks’ Time Machine will also be unlocked, which is used by the son of Vegeta of the future to return to Kakarot’s time. Thanks to this time machine we will be able to challenge the hidden boss of the title, namely Mira from Dragon Ball Xenoverse. A choice made by the development team that will surely surprise you, considering that it is a character not closely related to the Z sub-series.

After returning to life thanks to the intervention of Tora, the artificial demon Mira therefore proposes hersel as the secret boss of the last video game of Dragon Ball. To unlock this boss fight, as we said, you must have reached the endgame, and follow specific steps. More specifically, you will be called first of all to defeat all the evil enemies in each area, recognizable because they are the ones illuminated in red. Once this is done, go to the village of Lucca to challenge and defeat Gotenks and Gotan. In conclusion, go to the village of Kai to test yourself with the secret boss fight.

We remind you once again that Dragon Ball Z Kakarot is available for purchase on PC, PlayStation 4 and Xbox One. There are several editions on the market, including physical and digital, including a sumptuous Collector’s Edition complete with a Goku diorama figure.