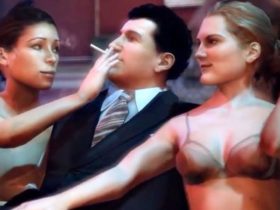 The producer Yoshinori Kitase, who is responsible for the remake of the Square Enix title, has confirmed that the development of Final Fantasy VII Remake Part 2 is already advancing. However, the Producer has not given any further details about the release plan of the second part yet.

Today, during an interview with the website Entertainment Weekly, the Producer of the game, Yoshinori Kitase, has reassured that the development team is already doing whatever necessary to make the waiting time a little shorter. Thus, according to the Producer “development is already moving forward for the next game in the [Final Fantasy] remake project.”

Even before the first part of the remake was not released, the Producer had previously commented that development would start as soon as the first part was published and today this plan seems to be apparently implemented. There are many details still not known about the Part 2 of the role-playing remake.

Fans are, even now, enjoying the first part of the game, which will be exclusive to PlayStation 4 at least until April 2021. After that, the title will appear on other platforms of Xbox and Nintendo Switch. A PC version of the game was apparently leaked in a “Thank You” video by the Producer.