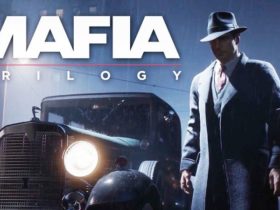 Just released on PS4, Final Fantasy VII Remake seems to be nicely confirmed on PC in the last video of the game, thanks to a discreet but revealing mention.

With a temporary exclusivity of one year on PS4, it is not surprising at all to see Final Fantasy VII Remake release on other platforms. Thus, in the video “Thank you for waiting” by Yoshinori Kitase, the producer of the game, we will pretend the surprise by seeing displayed the mention “Gameplay captured on PC” which obviously suggests that a version will land on the Windows platform.

We will wait for a clear confirmation from Square Enix before jumping for joy, but it must be said that the prospect of seeing this little gem on a platform that can let it “breathe” would be an excellent thing: although very successful on the visual level in general, Final Fantasy 7 Remake on PS4 (as on PS4 Pro), suffers from a lot of problems of loading textures and models, according to reports.

As further confirmation of this, a dataminer recently examined the source code of the demo version of the remake, finding inside it many references to the possible PC version of the same, such as various options relating to the resolutions and GPUs of AMD and Nvidia, not present in the PS4 version.

The story revolves around a former member of the SOLDIER elite unit named Cloud Strife. Together with his friends, he fights against the greedy mega-company Shinra, which sucks up the life energy of the planet with its reactors.

Final Fantasy VII Remake is now available exclusively on PlayStation 4 from April 10, 2021. Remember that the file size of the title is 100 GB on PS4. Also, if you want to test out the game, then visit this link to play the demo of the game.

Seems like a PC version of FFVIIR is probably coming if this official 'Thank You' video with PC footage is any indication (game is exclusive for 1 year)https://t.co/3quDBXzcRo pic.twitter.com/8aGiDgpbGE