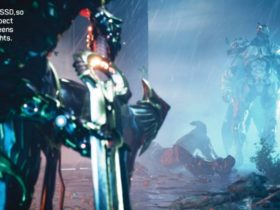 Yes, many of us would like to continue living in that time when it was enough to put a cartridge or a disc to play games immediately and without having to worry about the space of a storage unit. For better or worse, things have changed and today it is necessary to be aware of the hard drive of our console, especially for those AAA titles that we enjoy so much. In that sense, if you are waiting for Final Fantasy VII Remake, it is time to review the storage section of your PS4.

A few moments ago, an alleged leak of the official cover and back cover of the title in its Korean version was shared, and it contains the space or the file size that Final Fantasy VII Remake will require from the PS4 storage unit. The information comes from a Reddit user, who shared images of the aforementioned material and where it is revealed that the expected remake will require 100 GB of space on the Sony console, a figure that does not sound crazy because the game in physical version will come in 2 discs, in addition to taking into account the huge amount of content and details it will offer.

It is worth mentioning that moment after revealing this supposed cover, the Reddit user deleted the image. However, many agree that it is most likely that the title will occupy the 100 GB space as indicated on the back cover.

Final Fantasy VII Remake will release on April 10 on PS4.