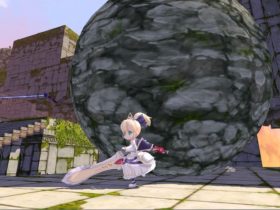 Forward to the Sky Coming To Switch This Year

As Square Enix announced, the official demo of the Final Fantasy VII Remake is now available for download. We will tell you what content you can look forward to in this demo in detail below.

After Square Enix had previously kept a low profile and did not want to comment on the rumors about the demo for the Final Fantasy VII Remake, the Japanese company has now made it available to all players. As announced, the demo of the remake is now available and can be downloaded for free from the PlayStation Store. But what content is offered as part of the trial version?

Square Enix also provided clarity in this regard and pointed out that the Final Fantasy VII Remake demo gives you the opportunity to play the first mission of the adventure and thus attack the Mako Reactor 1. Please note that the content of the demo can differ technically and playfully from the full version.

It also says that the progress made in the demo cannot be transferred to the full version of the title. The game will be released in the form of several episodes which, according to Square Enix, should correspond to typical full-price role-playing games in terms of scope.

In Europe, the first episode will be available exclusively for PlayStation 4 for a year starting April 10, 2020. Anyone who downloads the demo by May 11th. 2020 can also look forward to a free PS4 design with the main characters of the legendary role-playing classic. You should also know that the file size of the total game will be 100GB on PS4.