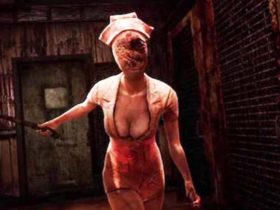 Recently, Microsoft announced that Final Fantasy XIV and several installments of Final Fantasy will be part of the catalog of Xbox Game Pass. This situation caused many to think that the arrival of the MMO to the service was imminent; however, the reality is different.

Naoki Yoshida, director of Final Fantasy XIV, revealed that his game will not come to Xbox Game Pass since he has not even considered launching it on this service. The above since the MMORPG of Square Enix is a subscription project which asks you for a monthly fee to be able to play the title.

“ I haven’t really considered releasing FFXIV on Game Pass. This is because FFXIV itself is a subscription-model game,” he explained in an interview to Twinfinite website.

In case you don’t know, Phil Spencer has shown tremendous interest in bringing the FFXIV port to Xbox One. In fact, in the interview, Yoshida highlighted the impact the Xbox boss has had in making it possible.

“Phil is very dedicated in his support for FFXIV, and I truly appreciate his efforts. I hope that one day, Phil and I can stand shoulder to shoulder and create an opportunity for gamers around the world to enjoy FFXIV even more,” he explained.

It should be mentioned that, at the moment, there is little information about the arrival of Final Fantasy XIV on the Xbox Game Pass. We will be pending for any details and we will inform you when we know more about it.

Final Fantasy XIV is available for PlayStation 4 and PC. What do you think about it? Tell us in the comments below.