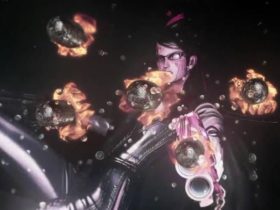 Bayonetta 3 “Hasn’t Been Cancelled By Any Means”, PlatinumGames Confirms

Square Enix has recently revealed that Final Fantasy XIV Online Starter Edition is now available for free on PlayStation 4, through the PlayStation Store digital store, until May 26. The title, which is usually priced at $19.99, includes the base game, Final Fantasy XIV: A Realm Reborn.

As you may recall, Final Fantasy XIV: A Realm Reborn was released in 2013 for PC and PS3, and a year later for PS4, after the initial failure of the fourteenth installment of the game. After a reboot of the concepts, the world and other elements of the original game, the title gained public and critical recognition.

Recently in this month, Naoki Yoshida, the director and producer of the title, announced that this summer Final Fantasy XIV update 5.3 will be released, a patch that will introduce numerous changes to the original experience of A Realm Reborn. Approximately 13% of the missions in the start zones have been eliminated or renewed, and it will be possible to fly in these scenarios and reach in the raid “The Crystal Tower”.

The complete edition of Final Fantasy XIV: A Realm with all the expansions costs $59.99 on the PlayStation Store. There is another edition, the collector, which incorporates various cosmetic elements and various other things at a price of $79.99. Below is the download link of the PlayStation Store for the following territories:

Remember that Final Fantasy XIV Online is available on PS4 and PC.