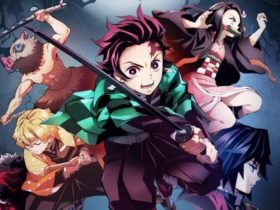 Waiting for the first reviews of the AMD Radeon RX 6000 announced last week, the rumors about the GeForce RTX 3080 Ti graphics card are becoming more and more insistent, as it seems that NVIDIA could really have a new model in the pipeline to counter the Radeon RX 6900 XT.

Details on the new video card still come from the leaker kopite74 who, confirming a tweet from last week, reiterates that GeForce RTX 3080 Ti is so far ready, but slightly adjusting what the specifications should be.

Onboard there will be 20GB of GDDR6X 19Gbps ​​memory with a 320-bit interface, while the TGP (Total Graphic Power) will be the same as the GeForce RTX 3080 (320W); even in this case there is NVIDIA NVLINK support, therefore reserved only for the GeForce RTX 3090.

At the moment no data has been leaked on GPU frequencies or on the possible price list which, according to some rumors, should be placed below the $999 of the Radeon RX 6900 XT. Currently, there is no confirmation on the launch date of the GeForce RTX 3080 Ti.

However, we would like to reiterate that NVIDIA may plan the launch close to that of the top of the AMD range (December 8), however, it must be considered that always in December (the 2nd to be precise), the GeForce RTX 3060 Ti should also debut, as it is very much expected in the mid-range consumer segment.