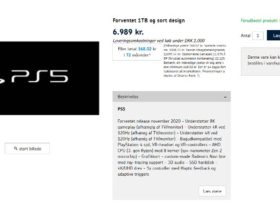 Ghost of Tsushima has been rated by an Australian organization. There is no shortage of violence, gore and partial nudity in the game.

Last week there were many new details given for one of the most interesting premieres this year. We are talking about the latest production of the American studio Sucker Punch, Ghost of Tsushima, about which, thanks to PlayStation magazine, we know, among other things, that the fate of the world will depend on our actions, the missions will be time-limited by the meter counting the minutes from the Mongol attack or also that a friendship indicator with companions will appear, which, in the event of falling to zero, will force us to cross swords.

Today, Ghost of Tsushima just got to the Australian organization dealing with checking and analyzing content. The title has already been rated as Australian MA15+ in the Aussie stores. This is the highest rating for games in the country, so now we can be sure that this is not a position directed at young, immature recipients.

According to the Classification, Ghost of Tsushima will not shun violence, and you can even say that it will be too much, as shown by promotional materials provided by Sony. The game will not feature sex scenes, but at some moments we will see naked characters.

At the moment it is not clear whether Ghost of Tsushima will suffer further delays, following the same fate as The Last of Us Part 2, given that in the past few days several users have reported on ResetERA a change in its release date on the Canadian PlayStation Store.

For now, the new exclusive PlayStation 4 made by Sucker Punch will release on June 26, 2020.