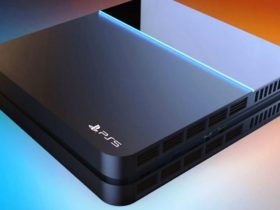 PS5 Final Design Is “Very Fat” & Twice As Thick As PS4 Pro, According To an Insider – Rumor

The composer of the Medievil soundtrack, Andrew Barnabas, has hinted on his Twitter account that the remake of the second part (PlayStation, 2000) could be under development. It has been through a rather cryptic interaction with a fan account of Sir Daniel Fortesque. While the followers have limited themselves to put in their account a “2” in allusion to a Medievil 2 Remake, Barnabas has replied with a simple “actually …”

This exchange of tweets suggests that there is a Medievil 2 Remake on the way, which will not be surprising for PS4 users. The remake of Medievil that appeared on PS4 during last Halloween managed itself to place on the list of the best-selling games at its launch. In the first week, it became the fifth most downloaded PSN game, and reached third place in most of the European territories.

I’m sorry you are incorrect

But Sir Dan Fortesque’s fans know that the end of Zarok does not mean that our adventures are over. In fact, in the first game, on the penultimate level (the device of time) it is already suggested that the knight could travel to places like ancient Egypt or the most current London (you can see it in the remake). Well, precisely the second installment, had time travel to the English capital in the nineteenth century.

With the profitability of the Medievil remake and the tools available, the process of converting the second installment to a PS4 game is relatively simple. Also, keep in mind that the second game was a step forward in the gameplay. In case you don’t remember, Medievil 2 had infiltration phases in which we controlled Sir Daniel’s head placed on a zombie’s hand, and some problems with the camera were solved. The possibility of carrying two weapons at the same time, which we have seen in the remake of the first part, was also introduced.

Medievil 2 Remake (not yet confirmed by the company) adds to other exclusive PS4 titles that we will see throughout 2020, such as The Last of Us Part II (development by Naughty Dog), Ghost of Tsushima (Sucker Punch), Final Fantasy VII Remake, Iron Man VR, Nioh 2 or the expected Yakuza: Like a Dragon and Persona 5 Royal.