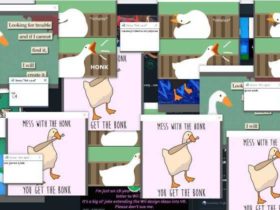 Even if drugs and sexualized violence in games could cause difficulties in the release in some regions, CD Projekt RED does not want to rule this out in Cyberpunk 2077, because they are simply too firmly rooted in the game setting.

In Cyberpunk 2077 the players will see a very dark future vision of the earth, in which drugs, sex and violence also play an important role. Even if this could lead to problems with the release of the game in some regions such as Australia, the studio does not want to water down these topics, since they are essential for the setting.

Drug use and sexualized violence, in particular, could prevent the game from being published in Australia. However, the developers of CD Projekt RED are trying to circumvent the problem.

In an interview with ONMSFT, producer John Mamais explained how to avoid the problems. In the studio, you keep a list of things that are problematic in different areas and come up with solutions for them.

Since sexualized violence is an integral part of the setting, one would still like to forego actively bringing the player into such situations. At most, the protagonist could appear to witness such scenes. One would like to completely dispense with tasteless sexual violence. In more detail, Mamais said:

“We have a big list of things that could be bad for us in Australia. The two big things are sexualized violence and drugs with rewards but you can’t really do cyberpunk without drugs, right?

We’re not going to water it down but I don’t think there are any situations where you can take any real street-named drug and get a reward from it. And there definitely aren’t going to be any tasteless sexualized violence either.

That’s not to say sexualized violence won’t be included at all, however. In the real-world, there’s lots of sexualized violence, right? It happens. So it might exist in this world but the player will never be involved with something like that.”

In other news, it was confirmed that Cyberpunk 2077 has around 75 street stories. On the other hand, no new content of the game is planned to be shown in Taipei Game Show 2020.