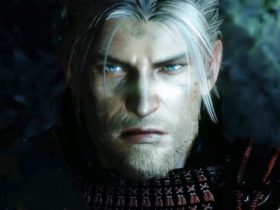 Director Talks About Hypothetical Settings for a Possible Nioh 3

Cyberpunk 2077 has received a lot of attention in recent days after CD Projekt RED will confirm that its release will be delayed until September of this year, which has given rise to a series of rumors and speculations that have been denied by the Polish company. A few days before the Taipei Game Show 2020, some reports indicated that there would be new game content but it was revealed that it will not be so.

After the alignment that the companies will present at Taipei Game Show 2020 was announced, one of the titles that caught the attention was Cyberpunk 2077 and sometime later information emerged that indicated the revelation of new material in a private session, such as CD Projekt RED has done it in recent events.

However, a report of VG24/7 confirmed that the information is not entirely correct as the Polish company will present game material but it is an updated version of sequences and gameplay that have been seen previously, which means that the development team seeks to show the improvements that the project has since the last time it was officially shown.

Taipei Game Show 2020 will be held from February 6 to 9 and the expectation is set in some of the games that will be present at the event such as: The Last of Us: Part II, Nioh 2, Final Fantasy VII Remake, Resident Evil Resistance, ELDEN RING and Cyberpunk 2077. Despite this, we can possibly watch gameplay recordings of some games that will debut this year.