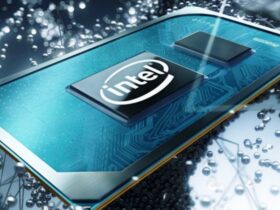 Super Mario Sunshine is one of the most iconic titles of Mario and with good reason. After all, it took the players to a tropical paradise and equipped the plumber with skills he hasn’t had since. With that in mind and its 20th anniversary approaching, many are thinking that Nintendo will bring this adventure back in some way. Therefore, many were excited to know that Nintendo renewed its brand, but is it time to get excited?

According to reports by Japanese Nintendo, recently Nintendo Co., Ltd. made a procedure in Japan to renew the registration of 39 of its brands. Among them are names of popular games like Kirby’s Adventure, Animal Crossing City Folk and Eternal Darkness. That said, the one that attracted the most attention was that of Super Mario Sunshine, a game that debuted in 2002 as an exclusive for GameCube and has since remained on that platform.

As you can imagine, this news has moved more than one, making them believe that it is proof that Nintendo will relaunch Super Mario Sunshine in some way. While it is not impossible for that to happen, the reality is that it is not something that is more or less likely by brand renewal. After all, Super Mario Sunshine is a name that belongs to Nintendo and it is in the best interests of the company to prevent someone else from taking it. This is why we recommend avoiding getting excited and only unleashing your hype if Nintendo confirms the return of this game.

But what are all the games that Nintendo had registered? We present them to you below: