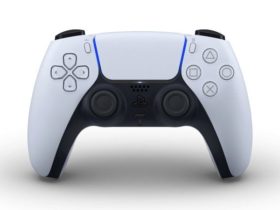 Will a new Silent Hill be announced in the foreseeable future? Konami addressed the latest rumors in a short statement and pointed out that customer feedback was heard.

In recent days there has been a rumor that Konami is working on two Silent Hill games. On the one hand, it is supposed to be a kind of soft reboot of the series and on the other hand, it is an episodic game in the style of Telltale Games.

Meanwhile, Konami spoke up about this rumor and made a statement that doesn’t make us much smarter. However, it seems certain that the publishers and developers are still interested in launching a new Silent Hill title at some point.

“We cannot share anything at this point, but we are listening to customer feedback and considering ways to provide the next title,” a Konami representative told PCGamesN. It is not a clear denial.

It has been quiet around the title since 2012 after both Downpour and the dungeon crawler spin-off Book of Memories have been released. P.T., a playable teaser for the game planned at that time with the name “Silent Hills”, was released in 2014. The project was not pursued further after Hideo Kojima left his former employer Konami. No Silent Hill game has been announced since then.

A new game announcement can be expected and if there is a reveal, we will, of course, let you know about it.