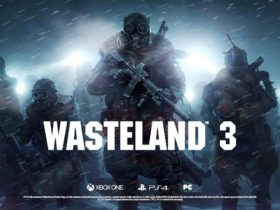 Sony Interactive Entertainment announced recently, through a publication on the official PlayStation Blog, that Patapon 2 Remastered, the PlayStation 4 adaptation of the sequel to the work of rhythm and strategy, will release on PS4 this week, more specifically on Thursday on January 30th.

Originally announced in December 2017, fans of this peculiar combination of genres will finally be able to enjoy the second chapter of the trilogy produced for PlayStation Portable in high definition and with support for dynamic 4K resolution on PlayStation 4 Pro.

As in the original, Patapon 2 puts players in control of the tribe with the same name as they use different combinations of buttons to march forward, defend against enemy attacks and attack opponents, with the main novelty being the introduction of a customizable hero: Hero Patapon.

If the title is unknown to you, know that it is an action and platform-based game on the rhythm. By pressing the various buttons on the controller at the right time, the small army of Patapons goes and smashes the enemies who are blocking their path.

You can see the announcement video of the remastered game for PS4 below. Patapon 2 Remastered will be available for $14.99.