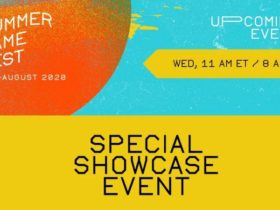 It appears that iOS 14 will be compatible with all iPhones and iPads that currently runs on iOS 13.

With every possibility, the new iOS 14 and iPadOS 14 will be presented at WWDC in June, as per tradition. However, several months in advance, the list of devices compatible with the next versions of Apple’s operating systems began to circulate online. To make them known is the French website iPhoneSoft, which already last year had guessed the models that would have supported iOS 13.

According to reports, iOS 14 will not leave anyone behind and will be compatible with all the models on which iOS 13 now runs, including the old iPhone SE and iPhone 6s. In detail, the devices compatible with iOS 14 could be these:

As for iPadOS 14, however, there will be two tablets that will be cut out: we are talking about iPad mini 4 and iPad Air 2. According to rumors, in fact, these two iPads (launched respectively in September 2015 and October 2014), will be not updated to the next version of iPadOS.

The list of tablets that will support iPadOS 14, therefore, should be as follows:

Keep in mind that this is just a rumor and that, despite the reliability of iPhoneSoft, it is possible that the final list of compatible devices may be different.