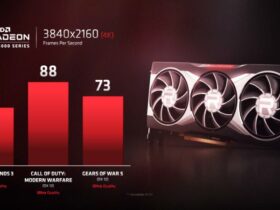 As soon as February 6 arrives you can finally play the demo of Persona 5 Scramble: The Phantom Strikers, the musou of the acclaimed Persona saga that will release on Nintendo Switch on February 20 to Japan.

The demo has been announced during the last program of Morgana’s Traveling Report, a series of official issues through which new details are given on everything related to the Persona franchise.

The demo will be available on both Nintendo Switch and PS4 and only in the Japanese stores (as far as we know). This is not usually an impediment for players interested in major Japanese releases, as it is very easy to download content from stores in other countries on both systems.

In this same broadcast, the director, Kazutoshi Sekiguchi, said that the initial plan was to develop a Persona Warriors, the second part of the title being the tag that is usually used in Omega Force to convert other franchises to the genre they dominate. This is the case of Hyrule Warriors, for example. They have also played other franchises with great success as with Dragon Quest Heroes.

Persona 5 Scramble: The Phantom Strikers is one of the two great premieres for this year in the Persona franchise, the other being Persona 5 Royal, a full version of Persona 5 that will offer a new playable character, new stories and much more additional content.

At the moment we do not have a release date for this expected spinoff outside of Japan, but we do know that it will go on sale on February 20 to the joy of the Japanese players. What we are pretty sure of is that we will end up seeing this game here after seeing how Persona 5 got the interest in the franchise to grow considerably outside of its native country.