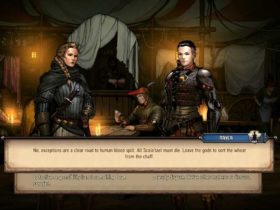 We know that the new stage of the Microsoft games division will revolve around Xbox Game Studios and everything that teams can offer to strengthen the first-party lineup for the arrival of a new console. Although some projects have already been revealed, the brand keeps some aces under its sleeve and much of the attention is directed towards The Initiative, a team considered as a super studio given the talent that has added to its ranks and that, in addition to working on something again, it could be doing the same with something from the past.

Although details about the project in which The Initiative, a studio composed of creatives who have worked on games of the caliber of God of War, Grand Theft Auto V and Red Dead Redemption 2, are not expected, it is expected that in the pre-debut of Xbox Series X, some official information will be revealed. However, it seems that instead of talking about a project, we will have to do it in the plural since a publication by Phil Spencer has ignited the hype of Xbox fans. In that sense, yesterday the Xbox boss and vice president of the Microsoft games division, reported on his Twitter account that he met with Darrell Gallagher, head of The Initiative, and with Matt Booty, head of Xbox Game Studios, to check the news of the projects in which the new studio is working.

In that sense, Spencer said the meeting was satisfactory and highlighted the ability of The Initiative to challenge themselves and do new things, as well as “old things” in new ways. Obviously, that last reference has made fans think that in addition to working on a new title, the brand’s new studio could be working on a remake, perhaps on Perfect Dark?

Great update today with @DGallagher_LA @mattbooty and the team @TheInitiative. Incredibly talented studio challenging themselves to do new things things (and old things 🙂 ) in new ways.

What do you think about it? What Xbox title would you like to see in a new version?