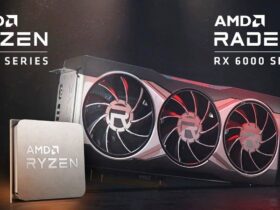 Motion Twin, the developer of Dead Cells, is committed to its projects and is also raising funds to finance its progress. As part of these plans, the developer announced that the Bad Seed game, a DLC, would arrive with new levels and challenges for users who would like to support and today we were finally able to take a look at the dangers that will appear when it will be available within a few days.

Through a video, Motion Twin revealed that the release date of the first Dead Cells paid DLC, The Bad Seed, will be February 11, so fans of the game won’t have to wait too long to enter new hostile environments. The video also serves to check what kind of enemies will debut in this DLC.

“Explore a relaxing Arboretum, wade through a noxious Swamp and take on a new boss in this new early game content designed to expand the Dead Cells universe and add variety to runs for people who want to support the development of the game,” can be read in the description of the DLC.

These new locations will add a mushroom faction that although they are peaceful but will attack the protagonist, a band of 3 mutant frogmen, a powerful brain-shaped insect and lots of bloodsucking creatures.

Check out the video below to find out more:

Now that you have taken a look at the video, tell us, what do you think about what lies ahead of the title? Will you buy this DLC? Are you satisfied with the constant work of Motion Twin?