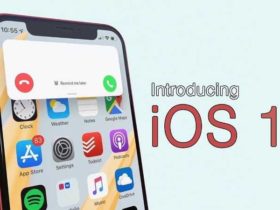 Thronebreaker: The Witcher Tales is now available on Nintendo Switch. The game can be downloaded from the Nintendo eShop at a price of $19.99. Like the other versions, the title has been marketed with its translation into Spanish, German, French, Italian, Portuguese, Russian, Korean and Chinese including the English language. The video game was not expected to be released on the hybrid console. At least, the studio assured that months ago.

Unlike The Witcher 3: Wild Hunt, which was also adapted to Nintendo Switch, Thronebreaker is a card game that was born as a Gwent spin-off. However, CD Projekt RED added plot load and decided to demarcate it from the original product, so that it became a kind of independent title within the saga starring Geralt of Rivia.

The video game sales did not meet the company’s expectations. This was confirmed by Adam Kicinski, CEO of CD Projekt RED. Thronebreaker: The Witcher Tales can also be played on PS4, Xbox One and PC. After the success of the Netflix series based on The Witcher’s books, the Polish company has hinted that it will not abandon the saga in the future. In fact, it has renewed its agreement with the author of the novels, Andrzej Sapkowski, with whom they maintained a dispute over the previous contract.

At the same time, CD Projekt RED finalizes the development of Cyberpunk 2077, a science fiction video game that was scheduled to release on April 16, 2020. However, developers needed more time to mold their vision perfectly, so that production has been delayed until September 17.