Minecraft fans can now look forward to a new DLC pack in the game called Batman DLC. It features battles against the Joker and Riddler as well as new puzzles to solve. You can also get a Batman-themed cap that looks like the one in the 1989 Batman film! Minecraft players can also enjoy the new content for free.

The Minecraft Batman DLC is a massive expansion that introduces a new world to explore, along with 18 new skins for your favorite characters featuring Robin, Batwoman, Batgirl, Catwoman and more. It also introduces a storyline and allow players to role-play Batman and other Bat-Family members. In this way, players can experience the storyline of the famous character while battling Gotham’s villains. The game will also give players the chance to collect many Batman-themed items, including Batman’s famous gadgets and cars, and play with Robin and his Bat-Gear.

In Minecraft, the Batman DLC allows players to explore the city of Gotham and meet its famous characters. They can even solve riddles and fight the Riddler in the Batmobile. For those who want to make things more interesting, players can find various items and seeds in the Minecraft marketplace to use in the game. 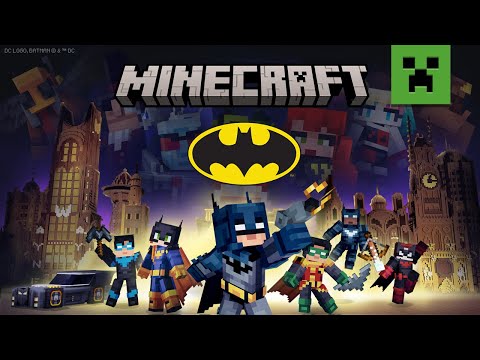