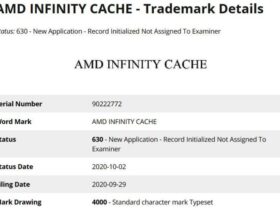 It seems that the NVIDIA GeForce RTX 3060 Ti and RTX 3060 mid-range cards are more than confirmed, although we have not yet had the official announcement. In addition, the day when these graphics cards will be presented has been also known, all thanks to a recent leak.

Therefore, according to new information, NVIDIA will even launch new products on November 17th, namely the new NVIDIA GeForce RTX 3060 Ti based on the GA104 GPU. How do we know this? Very briefly, the 17th of November is the day on which the embargo on the card ends. That is, this is no longer a rumor, it is 99% certain information.

The new RTX 3060 Ti should even be able to beat the RTX 2080 or maybe even the RTX 2080 Super. In case you didn’t know, Samsung’s 8nm process remains a huge headache for NVIDIA. So, although it is interesting to see the launch of a mid-range graphics card, it is even more interesting to know if we will have stock on the market.

However, according to some information, NVIDIA appears to have placed a few orders at the end of 2020, to increase massively next year. So, if you are looking to get a new graphics card, it might be a good idea to look at what AMD has to offer.

Furthermore, what do you think about all this?