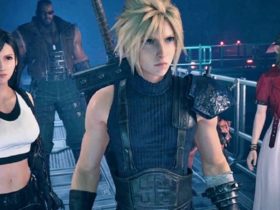 There are many users who are still waiting for the opportunity to buy an NVIDIA GeForce RTX 3080, but according to reports recently, it seems that the first owners of this new graphics card are already reporting problems. The comments from various users explain crash to desktop problems at clock speeds above 2.0 GHz.

On Friday last week, a LinusTechTips user reported crashes in games with ZOTAC GAMING GeForce RTX 3080 Trinity, on Tuesday the owner of the MSI GeForce RTX 3080 Ventus 3X OC followed in a now much-discussed post in the forum for Overclockers.co.uk. The reported value of 2.0 GHz is higher than the typical GPU clock for GeForce RTX 3080 in games.

With a boost clock of 2.00 to 2.05 GHz, the affected owners are increasingly experiencing a CTD (Crash to Desktop) in games and their integrated benchmarks with titles such as Assassin’s Creed Odyssey (test).

Also in the official Nvidia Forum, there are a growing number of comparable reports that indicate that a large number of games, but also graphics cards are affected. Even owners of EVGA models and the gaming (X) Trio-variants from MSI report comparable behavior. In the forum for TomsHardware, Reddit, etc; there are additional issues.

The owners of the graphics cards say they didn’t overclock the GPU, the power supplies used are often 750 watts or more. However, the many posts in the various forums do not give a clear picture. The range of the models mentioned seems to be related to a driver problem.

The manufacturers have not yet commented on the reported problems, however, they have been contacted since today. Meanwhile, users have already found some solutions to the problems.

The users of the graphics card can under-volt at least 100 MHz in the GPU clock speed which can currently be helpful, and it is suspected that the Windows 10 feature of “Hardware Accelerated GPU Scheduling” exacerbates the problems when activated. This can be deactivated in Windows 10 via “Settings> System> Display> Graphics settings”.

The actual boost frequencies, which have been encrypted in the graphics card BIOS since Pascal, cannot be edited directly, but a corresponding under-volting for the GPU clock can be set with MSI Afterburner.

MSI Afterburner 4.6.3 Beta 2 is required to adjust the clock accordingly, and it can be downloaded at this link.