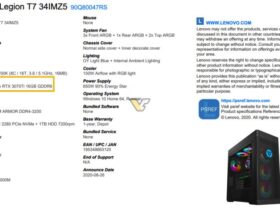 The TecLab website has already published its performance review of the NVIDIA GeForce RTX 3090 graphics card, which was quickly found and shared on the web online.

The last time a publication of this type was rolled, but the video was taken offline, so some excerpts were saved and shared on other sources. Summarizing the video, it shows that the RTX 3090 is on average 10% faster than the RTX 3080.

It is worth mentioning that the results are somewhat controversial, but it is good to keep an eye out. The testing machine used by Teclab in the tests brings an Intel Core i9-10900 clocked at 5 GHz and 32 GB of RAM at 4133 MHz. Needless to say, this is a very high-performance configuration and it does not reflect the computer of most people who use it.

A 1TB Galax HOF PRO M.2 SSD was also used. Although the review does not explicitly mention the RTX 3080 and RTX 3090, they say the test is on Nvidia’s flagship video cards, one that costs 5000 YUAN and the other 10,000 YUAN. Yuan is the Chinese currency, if you don’t remember.

The following data was compiled by Videocardz. As we can see below, the average performance increase on a 16-title panel is about 10% (the exact number is 8.8%, which is even less) over the RTX 3080.

The real question here is whether the RTX 3090 is just 10% faster than the RTX 3080? And if so, why? The first answer that comes to mind is that the amount of core increase that we saw in the 3000 series is too large for software to keep up with. Recently, the benchmark leaks of RTX 3090 also showed that the high-end Nvidia GPU is just 19% to 20% faster than RTX 3080.