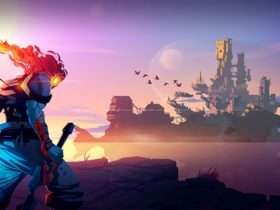 Remedy Entertainment is more active than ever. Although the developer continues to work on post-launch content for Control, there are multiple projects in which it is involved. The vast majority of them have not been revealed, but recently hidden information appeared in the Epic Games Store, which seems to point to one of the projects that will arrive on the platform.

According to the site Epicdata.info, a database that records all the information that appears in the Epic Games Store (something similar to the Steam Database), it appeared that the studio of Alan Wake and Control has several records referencing “BigFish”, which appears to be a codename or tentative name for what will be its next project.

According to the information, the registration was originally made on May 11. However, just 1 day ago an update was carried out, which could reveal that Remedy Entertainment is constantly working on this. It is important to say that there is no reference to what this means, but you can see that data such as “applications”, “developer” and “games” appear, which suggests that this codename could be related to some of the projects developed by Remedy Entertainment.

In addition, we remind you that at the beginning of the year the studio revealed an agreement with Epic Games, which would fully finance the development of 2 of its following projects. So this record could be one of these games. However, nothing is known about such projects beyond that they will be cross-platform.

Apart from the games that will result from the alliance with Epic Games, the studio is working on 2 more projects. The first is the best known, CrossFireX, in which they collaborate with Smilegate.

On the other hand, Remedy Entertainment has also referred to Vanguard, a title that is expected to take advantage of the service model. It is unknown if Vanguard is a project other than the 2 funded by Epic Games, but at least the developer works on 3, except for the second expansion of Control, AWE.