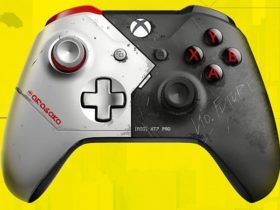 There is no doubt that Nintendo Switch is one of the most successful and demanded consoles in the world and like any console that is successful, there are always people who try to take advantage of it to. That is clearly the intention of PowKiddy X2, the latest ARM-based portable console that comes straight from China.

The PowKiddy X2 console is a clone of Nintendo Switch that comes in all kinds of shapes and sizes and are generally designed to run emulators, rather than their own games. The most striking feature is that this model is very similar in its appearance to Nintendo Switch, which could confuse an absent-minded person who is not up to date with the world of video games.

According to its features, the PowKiddy X2 follows the X18-inspired Nintendo DS released by the company last year, and contains a quad-core ARM Cortex-A7 processor that runs up to 1.3 GHz. It has a 7-inch IPS screen with a resolution of 1024 x 600 pixels and everything is powered by a 3,000 mAh battery. It also has an HDMI output to connect the device to a TV (however, there are no signals from a base) and a TF card reader allows to increase the 32 GB of storage.

It also includes two USB ports, which is nice because, despite having that famous red and blue color scheme of Switch, the X2 doesn’t have detachable Joy-Con-style knobs, so you have to connect some PlayStation-style knobs to the TV when you play. Interestingly, promotional material describes this skill as: EXTERNAL DOUBLE HANDLE: Three people fight. Meet a small friend and recall your childhood and enjoy a journey to the dark.

The PowKiddy X2 can be purchased at AliExpress for a price of $80. In addition, the company does not deny that it is similar to Nintendo Switch in the video below.