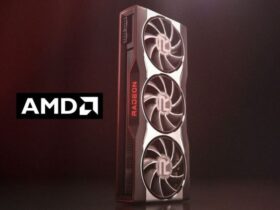 Samsung anticipates everyone and is the first smartphone manufacturer ever to release the February 2020 security patches. The Korean manufacturer, Samsung, in recent weeks has been the protagonist of numerous releases of new firmware versions and patches. The latest additions are the February 2020 security patches, dedicated to the Samsung Galaxy Note 10+ and Note 9 models.

Since these are security patches, we do not expect to see any new software or new features, rather than some bugfixes and some filings to the operating system, even if the main reason for these updates is to keep the device in step with the times from the point of view of the safety.
The update arrives even earlier than Google’s indications, so the vulnerabilities that Samsung wants to solve are not yet clear. We also expect a statement on the matter in the coming days.

If you have any of the main mobile phones then you can go to the software update section and install the update immediately. But, in case you don’t figure anything out yet, don’t despair. Remember that availability occurs gradually in these types of situations.

However, if waiting and anxiety are your greatest enemies, you have the alternative of going to the SamMobile database. In this link you will access to update the Note 9 and in this other link for the Galaxy Note 10+. However, if you decide to opt for this option, it is better that you have minimum knowledge in technology when you update your smartphones so that it does not corrupt in the middle of the process.