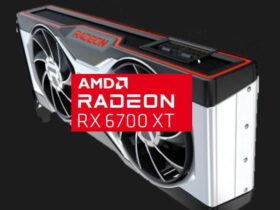 When the console’s debut normally they do not have the characteristics that the user wants. However, thanks to the era in which we live, developers may work on updates to improve performance and add features. Precisely thanks to these additions some Xbox One players can already try a function that they had long requested.

Through Reddit, the “rockstarleopard” user shared with the user community of the Microsoft console that it is possible to eject the disc using a controller and that it is no longer necessary to press the system button. This was very well received by the players, because finally, practically at the end of the Xbox One life cycle, Microsoft will enable this feature, which can be activated with the “X button” on the controller. This was possible on Xbox 360, but for some reason, Microsoft deleted it on Xbox One.

If you have been waiting for this feature for a long time, the bad thing is that it is likely that you will have to wait, since this feature is not confirmed for all Xbox One users. What we mean is that, although the feature has already reached the console, only Xbox Preview Program members can use it so far, but we do not doubt that thanks to the acceptance it will soon arrive in an update for all players.

You might wonder how useful this function would be if there is a button on the console to remove the disc. Well, what happens is that sometimes the button does not respond properly and users may experience a hard time trying to eject the disc. In other cases, the button may even be completely damaged and the only possible way to play is through digital titles. In these situations, players would no longer have problems using discs.

What do you think of this addition? Are you one of those who requested this feature? Have you tried it already thanks to the Xbox Preview Program? Do you want it to arrive for all the players? Tell us in the comments below.