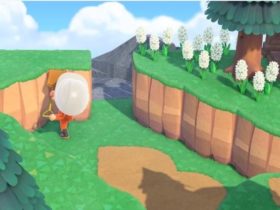 The game in the cloud is emerging to be one of the most important gaming experiences in the coming years. This technology is beginning to be implemented in the market and there are several companies that are increasingly showing interest. Samsung recently joined the Xbox group, as it has just announced that it will partner with an industry giant to boost cloud gaming.

Today the Korean technology company held its Unpacked event, in which, in addition to revealing the Galaxy S20 and other devices, it announced that it will join forces with Xbox to work on a “premium cloud-based game streaming experience.” Unfortunately, David Park, Samsung’s strategy director, did not share more details, according to the CNET website, but confirmed that Forza Street will be available on Galaxy devices and that players can already pre-register at the Galaxy Store or Google Play.

On the other hand, Microsoft mentioned in a statement to CNET that the alliance with Samsung will be beneficial, as it will help bring cloud gaming technology to more public and said we will know more about it soon. In the statement, we can see that “premium cloud-based game streaming experience” that Samsung was most likely referring to is Project xCloud.

“We believe players around the world should have access to great, high-quality games on the device of their choice. Working with partners like Samsung is an important step in our Project xCloud journey and will help make game streaming more accessible for gamers. We look forward to sharing more later this year,” said a Microsoft spokesman.

Now that you know about Microsoft and Samsung’s plans, tell us, what do you think this alliance consists of? Are you excited about it? Would you like to play Forza Street on Android devices? Share your opinion in the comments below.