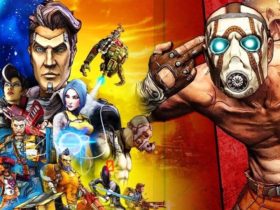 From a ninja to a seal and a face with a mustache: this 117 emoji can be used on your iPhone, iPad and Mac from this fall.

A new year, a big pile of new emoji. Also in 2020, dozens of new figures and icons will be added to send to your friends. We will list them here.

This is the so-called Emoji Version 13.0, which will come to iPhones, iPads, Macs and countless other devices during the course of the year. Emojipedia has the complete list of new emoji in their hands, which have since been approved and adopted.

Among the new additions, we find, among other things, an ‘Italian hand’, ninjas, a transgender flag, a smiling face with a tear, parents who give a baby a bottle and much more. You can see them all in the image at the top of this article.

Although these new emoji will become available during the course of the year, Apple must first add them to iOS and macOS before you can actually use them. Every now and then, companies choose to adjust the design of specific emoji, so it could be that Apple chooses to make some changes here and there.

In recent years, the company has waited until the end of the year, after which they are introduced in the form of an interim update. We expect iOS 14 to be released in September and to follow this new 2020 emoji a month or two later in the form of iOS 14.1 or iOS 14.2.