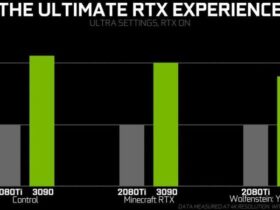 Nintendo Switch console flies in the last quarter of 2019, exceeding 52 million units sold. A result that allows overtaking on Xbox One sales.

Nintendo Switch was the big protagonist in the last quarter of 2019, where there was a peak in sales of the Japanese console. In the period between October and December 2019, in fact, Switch would have totaled 10.81 million sales, which are composed of 7.58 million standard Nintendo Switch and 3.24 million Switch Lite.

All this for a profit that in the single quarter taken into consideration stood at 168.7 billion yen (1.54 billion dollars). A stratospheric result for Switch that seems to be increasingly pleasing to players for its versatility, and which now even surpasses Xbox One in sales.

Taking as a reference for the last quarter of 2019, the hybrid console of Nintendo would have surpassed, if only slightly, the sales of the Microsoft console. For other Switch, with these results, it ranks third in the best-selling Nintendo consoles ever behind Wii and DS, with more than 52 million units sold in total since it entered the market, according to a report by Daniel Ahmad, the senior analyst at Niko Partners.

Also worth pointing out that according to our estimates the Nintendo Switch passed the Xbox One in hardware shipments during the holiday quarter last year.

The Xbox One is not too far behind, but it has only taken Switch 34 months to achieve what the Xbox One did in 74 months.

Nintendo has also reported sales of its games, including the first data of Pokemon Sword and Shield and Luigi’s Mansion 3; both enter among the ten best-selling games of the company on its platform.