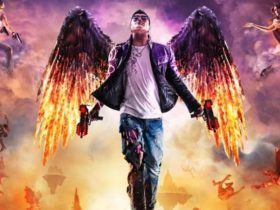 We all know that the AMD Radeon RX 6800 XT and Radeon RX 6800 graphics cards are going through a complicated stock situation, where like the NVIDIA models with which it competes it is difficult to find one in stock and, if it is done, it will be in exchange for a price well above the recommended retail price. Well, let’s see what AMD has to say about its GPU stock problems.

This information comes from Hardware Unboxed, specifically from a video in which they cover the issue of new AMD graphics cards. According to them, in a private conversation with the company they received these interesting statements:

“We have had a private conversation with AMD. They assured us that in 4 to 8 weeks there will be AIB cards available at MSRP. They said they enabled the AIBs to achieve the 649 dollars [RX 6800 XT] MSRP and they expect that to happen within 8 weeks,” stated Steve Walton of Hardware Unboxed.

Basically, we can conclude that AMD is aware of the stock problem that their graphics cards are having and they are working with the AIBs (Gigabyte, Sapphire, Asus, MSI, PowerColor, etc) so that they can sell at their normal MSRP, which is $579 for the RX 6800, and $649 for the RX 6800 XT. The MSRP price in EUR will be quite high, given the taxes and all.

However, it is clear that the solution will take too long to arrive. An allotted period of between 4 and 8 weeks puts us roughly between early and mid-January 2021, something difficult for all those thinking of upgrading their GPU to the next generation.

If we add to this news the expectations that exist around NVIDIA, then it is very likely that by the end of January or February we will already have a reasonable stock situation in the graphics market, as long as nothing strange happens before.

It should also be added that the limited supply is also a problem, for example, in the new generation consoles (PS5, Xbox Series X/S), which use SoCs from AMD. TSMC’s factories are saturated with orders and user demand is impressive for 3 different bands (Ryzen 5000 CPU, RX 6000 GPU, new generation consoles), a perfect cocktail for the lack of stock.