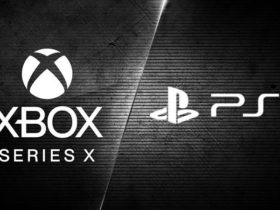 At the moment there are several indications that the availability of the new AMD Radeon RX 6800 graphics cards will be poor at launch.

The release of the upcoming AMD RX 6000 Series GPU models such as the Radeon RX 6800 XT is imminent. However, it can be assumed that you will not have a good chance of getting the graphics card because of stock issues. On the one hand, this applies to the currently generally tense delivery situation with newly released PC hardware. On the other hand, there are new indications from the industry.

According to the reviewer of Hardware Unboxed channel, the inventories of the AMD Radeon RX 6800 series video cards are very low, or to put it in the words of the video, “pretty terrible, like RTX 3080 terrible.”

HardwareUnboxed stated the following about the launch stock issues of the new AMD GPUs:

(Availability) of these cards will be a hot topic when they release. So technically they are being released on the 18th (that’s when you are going to see our review) […] but I’m not really expecting you to buy one. I have spoken with quite a few retailers and stock seems pretty terrible, like RTX 3080 terrible. It will differ from region to region (I have only spoken to Australian retailers). […]

The actual proper custom AIB cards that most of you are probably going to be interested in, they won’t be releasing for another week. So 25th they become available. Probably again in limited numbers. It won’t be until a few weeks before start seeing strong availability.

As we can remember, the Nvidia Geforce RTX 3080 was sold out almost immediately at the launch (and is still hardly available). Something similar now seems to be blooming for the AMD Radeon RX 6800 series. It is not just a local problem, as the corresponding statements come from Australian retailers. However, we do not expect better availability in other parts of the world.

In addition to Nvidia’s RTX 3000 series, AMD’s new Ryzen 5000 models and the new consoles from Microsoft and Sony are also struggling with major problems with availability. PS5 and Xbox Series X, like Big Navi, rely on AMD chips with RDNA2 architecture, which should further exacerbate the situation.

A post by an Asus employee, which has since been deleted, stated a few days ago that the new AMD graphics cards would be sold out within minutes. AMD announced measures a long time ago that, among other things, should make it more difficult for bot buyers to buy up the stocks.

However, it is quite possible that the consequences of the Corona crisis will also contribute, both through delivery bottlenecks and in the form of higher demand.