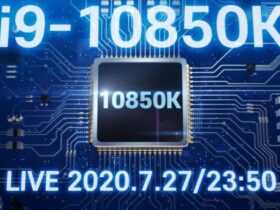 According to an Asus representative for the Nordic countries of Europe, David Hammer, he said that he expects the initial stock of AMD Radeon RX 6800 XT graphics cards to be sold out within few minutes of the start of sales.

“It will be quite limited: more RX6800, fewer 6800XT … as with basically all graphics cards now, we expect that everything will be gone in a few minutes so you need to hang on the lock,” Hammer confirmed on the Sweclockers discussion board.

Additionally, he revealed that the AIBs Custom models will arrive 1 or 2 weeks after the launch of the reference model, although stock problems will remain due to demand that will exceed supply. “Then it is 1-2 weeks later until we start delivering our Partners cards, too early to say what the supply looks like there, but the demand will probably continue to be great,” Hammer said.

On the other hand, we haven’t heard recently that there should be enough cards for the offer to last at least a while, so it’s pretty clear what customers can prepare for. Although AMD warned against the same in the case of the introduction of the Ryzen 5000 processors, it turns out that the promised measures against scalpers were not very effective, so this situation will be repeated in mid-October.

It will be seen if non-reference versions of the cards will also follow a week or two after the start of the sale, and in this case, it is still too early to talk about their numbers. However, demand is still expected to be very strong.

Indeed, those interested in a new computer with a strong and modern graphics card are still unlucky, as this situation will probably last until the end of this year. The offer of Nvidia GeForce RTX 30 cards should perhaps gradually improve, but there are no guarantees about it.