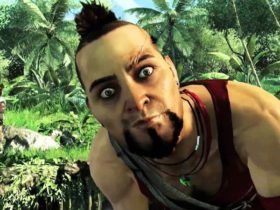 During the last few hours, AMD informed us that we will have to wait until October 28 to officially discover the AMD Radeon RX 6000 video cards based on RDNA 2 architecture, solutions that will clash with Nvidia’s GeForce RTX 3000 that will debut soon (first RTX 3080 and then RTX 3090, later the RTX 3070 will arrive in October).

About RDNA 2 we know some basic information: it should bring an improvement in performance per watt that is completely similar to the transition from the latest incarnation of GCN (Graphics Core Next) to RDNA, that is a +50%, thanks to an improved production process at 7 nanometers and architectural innovations. RDNA 2 will also be able to handle the ray tracing in hardware and will support Variable Rate Shading. Furthermore, in the new line, there will be at least one GPU designed for high-performance 4K gaming.

The technical specifications remain unclear, but in recent days there has been a talk of the possible arrival of video cards with 16 GB of memory “at aggressive prices.” Well, in recent hours some alleged photos of an engineering sample of a next-generation AMD Radeon RX 6000 were leaked that would seem to rely on 16 GB Samsung GDDR6 memory on a 256-bit bus, with 8 GDDR6 dies at the front of the PCB (we are talking about a 3+3+2) for a total of 16 GB of memory and a bandwidth of 512 GB/s.

In the images below, the highlighted box is linked to the contacts of the memory chips, which would reveal the 256-bit bus. Apparently present at least two PCIe power connectors, one of which is 8-pin.

The prototype, which can be defined as such for the different labels but above all for the various connectors on the PCB useful for diagnostic purposes, in addition to the cooling system guaranteed by an inverted tower heatsink, is not necessarily Big Navi, even if on a label it reads an “XT” which is typical of Radeon cards. At the moment it is reasonable to assume it is a new RX 6000, also for the timing with which these photos have leaked.

All that now remains is to wait, surely over the next few weeks, more details will leak out.