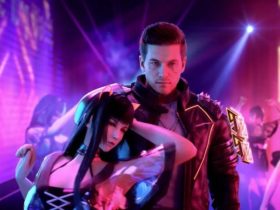 According to reports, Yuri Bubliy, the creator of AMD ClockTuner software, said on Twitter that AMD will release Ryzen 5000 series CPUs, namely Ryzen 9 5900X and Ryzen 7 5800X, on October 20.

We know that AMD will present its new RYZEN 5000 processors in 9 days. Processors that we expect in 7nm, with a higher IPC and an increase in frequency. It seems, however, that the processors will not be available on the day of the announcement, but after 12 days, on October 20.

At the same time, Bubliy clarifies that only two models will be released on October 20: Ryzen 9 5900X and Ryzen 7 5800X. Another source claims that there will be four processors in the first wave of the CPUs – the Ryzen 5 5600X and Ryzen 9 5950X will be added to the above.

At the same time, these data do not contradict each other, just the last two CPUs may come out a little later. If the data is correct, initially we will get four processors that will fill all the main niches except the initial one.

Bubliy has also stated that the next-gen Radeon graphics cards, which will be revealed at the end of October, will be released between November 15 and 20. The source notes that this is an old data provided by AMD itself.

In recent news, the benchmarks of AMD Ryzen 7 5800X 8-core Zen3 CPU was leaked, which seems faster than the Intel Core i9-10900K. On the other hand, AMD’s decision to skip the Ryzen 4000 series CPU and use the 5000 series CPU brand seems official.

All that now remains is to wait for the announcement in order to know what the increase in performance will be and what the prices will be for these new AMD CPUs and GPUs.