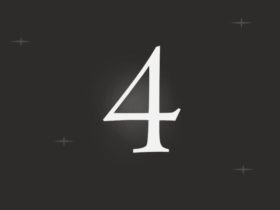 The AMD Ryzen 9 5900X will normally be the showcase for the next generation of AMD processors, under the Ryzen “Vermeer” name. This chip equipped with 12 physical cores and 24 logical threads was spotted under the CPU-Z utility recently.

As we all know, exactly a week later, the announcement of AMD Ryzen 5000 (Vermeer) processors based on the 7nm Zen3 microarchitecture will take place. In the meantime, the Chinese hardware lovers have already begun to share the test results of yet unrepresented CPUs. A fresh leak tells us about the performance of the 12-core Ryzen 9 5900X in the CPU-Z benchmark.

Taking as a reference the results of an 8-core and 16-thread Ryzen 7 3700X (511 points and 5433 points), this alleged 5900X shows an increase of 27% in single cores and 74% in multicores. The most interesting figure is the single-core test. It is highly likely that AMD will not just take a chance on the frequency to increase the performance of its chips. Architectural optimizations are certainly part of the game with Zen3 in order to “boost” the IPC.

The official presentation of AMD Ryzen 5000 (Vermeer) chips will take place on October 8. The first Zen3 desktop CPUs will be available on the store shelves on October 20, according to recent leaks. These will be the 8-core Ryzen 7 5800X and the 12-core Ryzen 9 5900X.

After a while, they will be joined by the 6-core Ryzen 5 5600X and the 16-core flagship Ryzen 9 5950X, although their approximate release dates are still unknown.