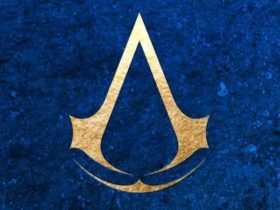 AMD Radeon RX 6000 ‘Big Navi’ video card has been spotted as an easter egg in Fortnite. AMD teamed up with Fortnite Creative Island modder MAKAMAKES to create an AMD Battle Arena where users can compete against each other.

A gamer named GinaDarling was the first to discover the easter egg: a reference to AMD’s new Big Navi graphics cards. AMD Battle Arena has a telephone booth where gamers can enter different codes.

The code ‘6000’ will cause a notification to pop up saying something big is coming to the Battle Arena. This seems to refer to Big Navi and ‘6000’ most likely stands for the numbering that this series will receive.

The Radeon RX 6000 video cards will feature a second-generation RDNA architecture (RDNA 2) and compete with Nvidia’s recently announced RTX 30 cards. There has been a lot of speculation about AMD’s new cards for quite some time.

For example, the manufacturer would have two variants of the Navi 21-GPU and it will be combined with 12 or 16 GB GDDR6 memory. The number of computing units would also be a lot higher than with the previous generation of cards, namely 5120 cores. It is not yet known when Big Navi will be officially announced.

It is noticeable that both AMD and Nvidia use Fortnite to promote their video cards. As noticed with the green camp game previously used to RTX Ray tracing to promote. If you want to look for the easter egg yourself, switch to creative mode, and enter the following code: 8651-9841-1639.

As for the video cards themselves, there are many different rumors about them, but today information appeared allegedly from some manufacturer of video cards, who said that a certain model with 16 GB of memory at a price of $550 dollars awaits us.

Some rumors speak of a launch scheduled for October 7, and considering that Lisa Su promised that we would see Big Navi this year in 2020, there is not much time left for this launch to materialize in the form of some kind of event.