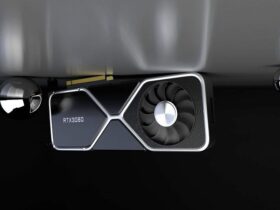 Finally, after a long period of time, Prince of Persia Remake would be much closer to being announced. Next week, during Ubisoft Forward, the company would reveal the title that has been in rumors for quite some time.

In mid-August, a leak of Prince of Persia Remake was reported, which could end up arriving this year on PS4, Xbox One, PC, and Nintendo Switch. The game could also release on the next-gen consoles of Xbox Series X and PS5. This revelation was built on a pretty solid foundation and now we’ve just learned more about this whole thing.

Apparently Prince of Persia Remake would be announced in a few days. Ubisoft would be planning to reveal this game at the next Ubisoft Forward. The last thing we could learn about this hypothetical title is that it would be a 2D remake of the original title, from 1989. The same source that revealed it has spoken again, clearing any doubt about this announcement that will occur.

As the journalist Jason Schreier talked in his recent podcast, the leaked Prince of Persia Remake would be one of the major titles announced during the event that will take place on September 10. This Ubisoft Forward would have the return of the beloved saga.

Schreier was very clear on this news and stated the following: “Ubisoft has been planning to announce a bunch of games like Prince of Persia Remake, which was leaked a couple of weeks ago.” So there you have it.

Although it is not official, it must be said that Jason Schreier is a very reliable source when it comes to this type of information. The journalist who currently militates in Bloomberg does not usually fail. Anyway, there is barely a week left to find out what Ubisoft will bring for us.