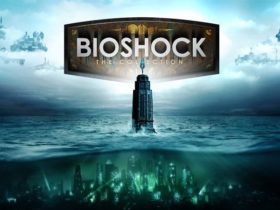 For many years, the Prince of Persia franchise seems to have been forgotten, and we emphasize ‘it seems’ because in recent weeks it has gained a lot of strength. After the rumored Prince of Persia: Dark Babylon was ruled out, rumors reappeared that the company could be working on a remake that would cover the ‘Sands of Time’ trilogy.

Although for now, we are still without an official statement from Ubisoft, we could already check out the first image of a supposed Prince of Persia Remake (you can check the image at the top of this page) that leaked via Reddit. Although logically the image does not reveal much, what is really interesting is that it is the same user who has leaked this image previously – a conceptual art that does not fit with any other art previously revealed to Prince of Persia – which implies that it is not a reused material.

This, consequently, leaves us with two possibilities: the first is that someone is working on the digital arts and designs of a false remake in order to deceive as many people as possible, and the second reason is that the material of the IP is really beginning to be unearthed. At the moment we do not know what the correct answer to this question will be, but the reality is that after a long time Prince of Persia is putting its name back at the center of attraction.

Similarly, all the rumors circulating around the game say that the title is scheduled for release 2020/21 and will be unveiled in the next digital conference of Ubisoft. The last installment of Prince of Persia came a couple of years ago with Prince of Persia: Escape, a title for mobile devices.