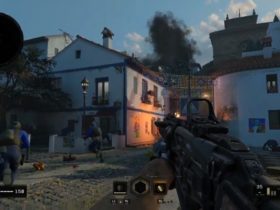 During the launch of the next-gen console of Microsoft, Astro has confirmed a firmware update for Xbox Series X with support for the wireless audio and voice chat over USB.

The update is intended to enable surround sound and voice chat via USB. In early April, Astro had already answered the intent for the update in a support ticket and has now confirmed it again via Twitter. How it looks with other headset manufacturers is not yet clear or better said these companies have not yet made a final statement.

This is not a revolutionary message, but if you have, for example, an A50 with a docking station, then there are many indications that the equipment will also work on the next-gen console.

We are working with our partners at Microsoft to roll out a firmware update for MixAmp Pro TR, A50 + Base Station and A20 headsets by launch of Xbox Series X. This update will include the ability to deliver game surround sound & voice chat via USB. Stay tuned for future updates. pic.twitter.com/XlnGghaaRv

The next-gen console of Microsoft will arrive later this year and more and more news is coming out on the consoles. As for the console in the Microsoft home, Xbox Series X will be the protagonist of two digital events for the release.

According to some reports, an Inside Xbox presentation will be held in June, but there will be another event in early May. It was also noted that Microsoft will have a lot to talk about, including the famous and discussed “Lockhart”, which should be a cheaper version of the console.

The event to be held in June is essential, as Microsoft had big plans for E3 2020. Regarding this, it has been announced that the company will hold its own digital event to cover the absence of the event.