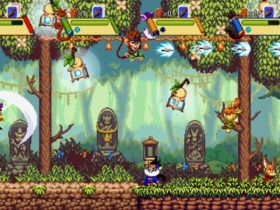 As you all know, recently it was announced that Horizon Zero Dawn, one of the best exclusive games of PlayStation 4, is coming to PC in the summer of this year. Later, it was speculated that God of War might go down this path. Today another surprise came because the Amazon France website has listed Days Gone for PC.

If the listing is real, the game would just be the last in a series of old PlayStation 4 exclusives that made it to the PC, including Death Stranding and especially Horizon Zero Dawn, which is also owned by Sony’s first-party studio, Guerrilla Games.

At the moment there is nothing confirmed by Sony, and this could well be a mistake by Amazon France. However, in recent months, Herman Hulst, president of PlayStation Worldwide Studios, has mentioned that, although they have no plans to bring the PS4 catalog to PC, he does consider that some PS4 titles can fit perfectly on PC.

Although it would be spectacular to see Days Gone on PC, especially with all the patches and updates that it has received until today, we hope that if this comes true, users of this platform do not have at their disposal a fairly broken game as it was on in its early days on PlayStation 4.

Sony is very receptive to the launch of its exclusives on other platforms, maybe that could happen in the very near future.