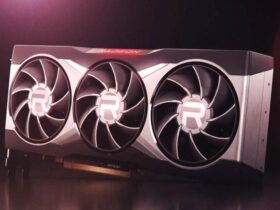 As everyone knows, Sony has recently revealed the PS5 controller DualSense worldwide. Although we had only seen a few images of the controller, which do not reveal every inch of the device, however, people all around the world have greatly appreciated the proposal of the Japanese company. In addition to an incredible number of likes, DualSense has sparked the imagination of fans who have imagined new versions of the controller and potential PS5 designs. To all this, we also add judgments on the controller by leading figures, such as Albert Penello, ex-Microsoft director.

Albert Penello had worked for the Redmond company for 18 years and, in May 2018, he joined Amazon to work on “cool secret stuff.” Beyond Amazon’s plans, what interests us is what Albert Penello said about the PS5 controller. The man has commented positively on the futuristic controller. He also appreciated the addition of the haptic feedback, which is a great novelty on PS5. At the same time, however, it seems that Penello has various doubts.

“I like the new DualSense. Futuristic looking and I like the Portal/Mass Effect style armor. Some bold (and expensive!) design choices to achieve that layering. Widening the triggers is smart, adding more fidelity to rumble is good looking forward to that,” Penelope mentioned in his Tweet.

I like the new #DualSence. Futuristic looking and I like the Portal/Mass Effect style armor. Some bold (and expensive!) design choices to achieve that layering.

Widening the triggers is smart, adding more fidelity to rumble is good looking forward to that.

Through Twitter, Penello says that he is particularly worried “about the partline that runs down the grips”: according to him, there is the risk that those with large hands may have problems. Then he talks about the microphone: Penello thinks this is an interesting novelty on paper, but in practice how much can it be used? Finally, there are a couple of big doubts: Will the PS5 DualSense work with VR? Also, will the controller have backwards compatibility with PS4?

The downsides
– Resting on the triggers. 🙁
– I'm worried about the partline that runs down the grips. If you have larger hands, this could create some discomfort in the Thenar.
– Mic seems good in theory how useful in practice?
– Does this work with VR?
– Back compat with PS4?

For now, we can only wait for Sony to answer all these questions. What do you think about the questions raised by the former director of Microsoft? Tell us in the comments below.